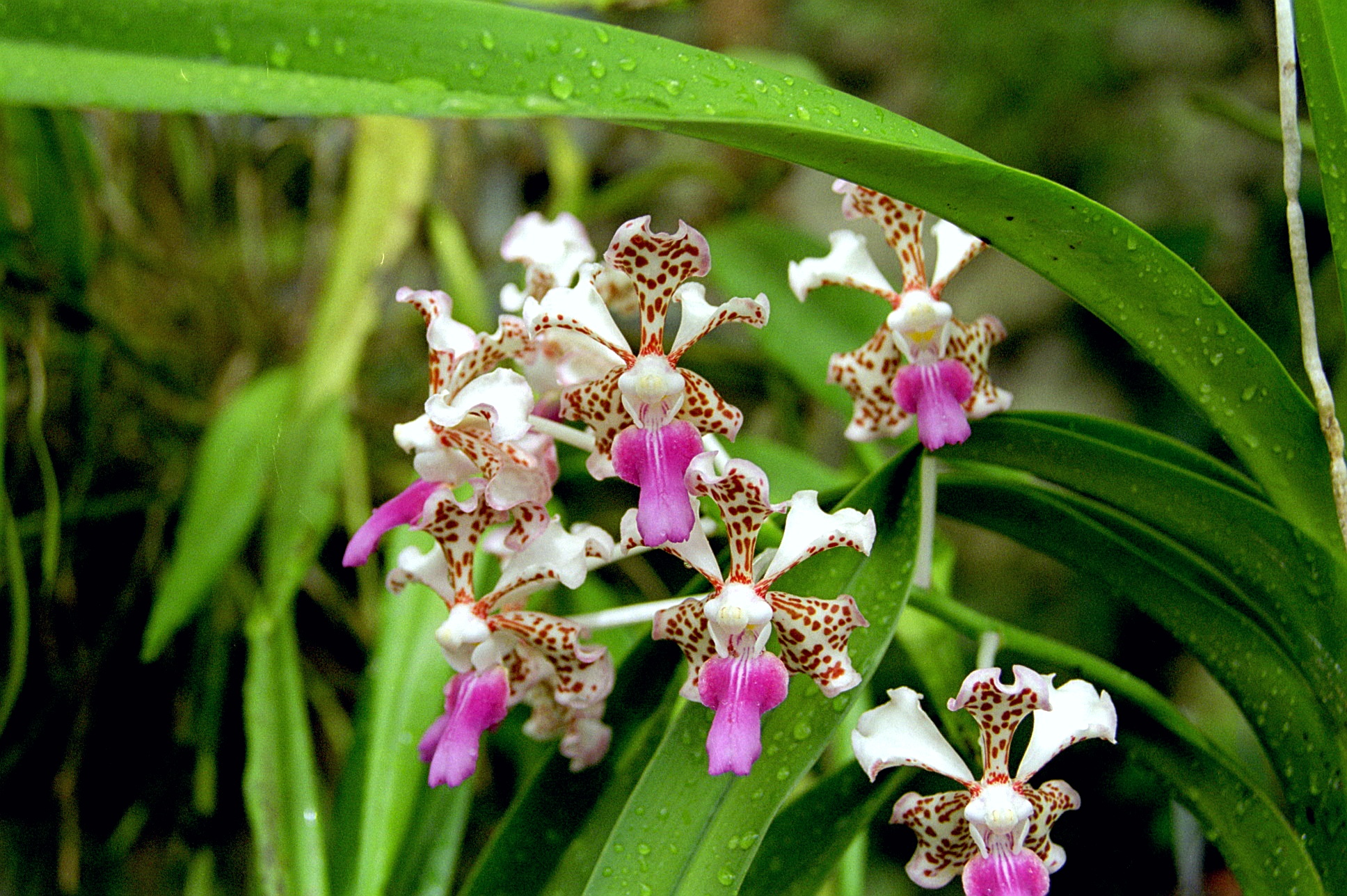 Vanda is a genus in the orchid family (Orchidaceae) which, although not massive (about eighty species), is one of the genera more commonly found in the market place. This genus and its allies are considered to be among the most specifically adapted of all orchids within Orchidaceae. The genus is highly prized in horticulture for its showy, fragrant, long lasting, and intensely colorful flowers.[2] Vanda is widespread across East Asia, Southeast Asia, and New Guinea, with a few species extending into Queensland and some of the islands of the western Pacific.[1][3] The genus is sometimes abbreviated as V. in the floral trade.

The genus has a monopodial growth habit with leaves that are highly variable according to habitat. Some have flat, typically broad, ovoid leaves (strap-leaves), while others have cylindrical (terete), fleshy leaves and are adapted to dry periods. The stems of these orchids vary considerably in size; there are miniature plants and plants with a length of several meters. The plants can become quite massive in habitat and in cultivation, and epiphytic species possess very large, rambling aerial root systems.

There are few to many flattened flowers growing on a lateral inflorescence. Most show a yellow-brown color with brown markings, but they also appear in white, green, orange, red and burgundy shades. The lip has a small spur. Vandas usually bloom every few months and the flowers last for two to three weeks.

Many Vanda orchids (especially Vanda coerulea) are endangered, and have never been common because they are usually only infrequently encountered in habitat and grow only in disturbed forest areas with high light levels, and are severely threatened and vulnerable to habitat destruction.[2] The export of wild-collected specimens of the Blue Orchid (Vanda coerulea) and other wild Vandas is prohibited worldwide, as all orchids are listed on Appendix II of the Convention on International Trade in Endangered Species.