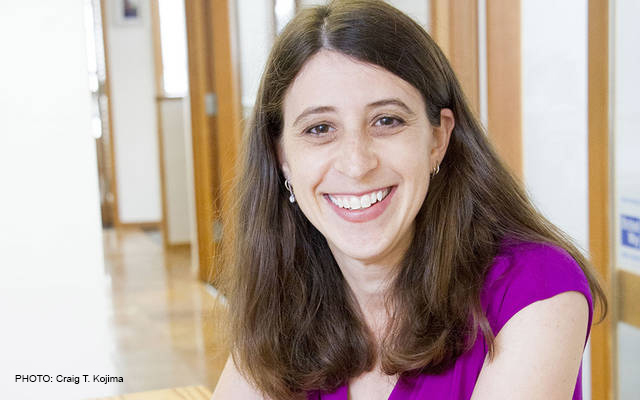 The Merchant Street office occupied by Deborah Zysman, executive director of the Hawaii Children’s Action Network, is a long way from places most frequented by children. But the state Capitol is a short walk away, and being close to the wheels of government is a good thing for any group with the pursuit of kids’ interest as its mission.

Zysman, 41, acknowledges that the last legislative session was no barn-burner, rating the earned-income tax credit as the biggest help to family and child welfare. But she also cites a somewhat bureaucratic-sounding change — the addition of staff and governance provisions to the Office of Early Childhood — as a win.

Having that office staffed properly will enable grants to be administered and initiatives such as the expansion of preschool access to become reality, she said.

“It’s not particularly sexy from a media standpoint but without that foundational piece, we couldn’t do all these other programs” such as expanding access to preschool, Zysman added.

The advocacy organization is currently focusing on building coalitions among various nonprofits and experts, and training parents to be advocates, too. The Buffalo, N.Y., native holds a master’s in public health but is schooled further as a mother (she and husband Dan Gluck, who directs the state Ethics Commission, have two children).

Still, it’s the volunteer voices of ordinary parents that really resonate with lawmakers, she said.

The nonprofit network (www.hawaii-can.org), now with a staff of four full-timers and two part-timers, was founded in 2000 as the Good Beginnings Parnership for Hawai‘i’s Keiki. Two years later as the Good Beginnings Alliance it became a founding member of the P-20 Initiative, fostering education improvements from preschool through college years.

Since then they’ve lobbied for various family supports, such as Healthy Start, providing support to new parents. Keeping such programs fiscally afloat has been a challenge, she said.

“Often prevention programs, child and family programs, are the first things to go and the last things to come back,” Zysman said. “From the hospital they would triage families with risk factors. It was cut dramatically back … and it has never made a comeback.”

Question: How do you view the state of children in Hawaii? Are the economic problems here keeping them from doing as well as they should?

Answer: That’s a wide question.… Hawaii’s in this interesting place, as I kind of look at it. We say we value kids and families a lot. We talk the talk about it.

However, I think some of our actual structures and programs, we’re way behind where some other states are, including even Republican states. Sometimes I think it’s perhaps fiscal.

Q: What programs would other states have that we don’t?

Q: How would you rate progress toward the universal preschool goal?

A: Hawaii has been progressing in a slow but steady expansion of public (Department of Education and charter) preschool for our 4-year-olds. Presently, we are serving about 500 of the 16,000 4-year-olds each year.

This past session, the state Legislature voted to expand our public DOE-based pre-K program by five classrooms in the 2018-2019 school year. Hawaii’s program has been recognized as one that is very high in quality; however we are still serving very few children. …

I believe that given our limited resources, it is more important to prioritize quality services for low-income children from birth up to kindergarten rather than putting all our resources into creating another grade within public schools for children of all income brackets.

Q: What, if anything, worries you about the federal budget planning, where children are concerned?

A: So much is still unknown regarding the federal budget and where things will end up. But I have many concerns about the current proposals on the table.

The president’s budget proposal puts children and low- and moderate-income families in the crosshairs of $1.7 trillion in cuts to programs that help reduce poverty and support working families.

The proposals, if enacted, would harm Hawaii’s future. It would mean many more of Hawaii’s children would be sick, hungry, and struggling in school.…

Both the president and Congress have proposed deep cuts to Medicaid funding, jeopardizing health insurance and access to regular medical care for the 149,500 children insured through Medicaid in Hawaii. In Hawaii, 4,600 babies a year, or 1 out of 4, receive health care through Medicaid at their birth.

There are also proposals to cut funding for the Children’s Health Insurance Program; today, approximately 26,000 children in Hawaii get their health insurance through CHIP.…

There are also proposals to cut funding for the SNAP program (formerly food stamps) by about a quarter. One proposed changes includes requiring states to pay some of the cost of SNAP benefits; it would let states reduce their costs (and federal government costs) by giving states the options of changing eligibility provisions so that fewer kids will receive SNAP, and lowering SNAP benefits. …

There are some bright spots in the federal proposals such as a possible paid family leave program for new parents, and several concepts for greater childcare tax credits or funding.

Q: Do you think Hawaii’s relatively generous health-care system is secure or threatened in the midst of the federal debate on reform?

A: Threatened. People in Hawaii are fortunate to have the Prepaid Health Care Act and many will continue to have coverage regardless of the federal debate. However, cuts to Medicaid could be a serious blow to our state, especially to the thousands of babies and children who are currently covered.

Q: How do you see Hawaii’s standing in the fight against child abuse?

“Risk factors” for abuse and neglect include substance abuse, domestic violence, and mental health issues and poverty. These problems have increased over recent years, without increases in availability of treatment resources to address these.

There are many strategies that Hawaii should consider: offering paid family leave so that parents with new babies can afford to stay home and bond with an infant, investment in family support programs such as Tutu and Me, Keiki Steps and Family Hui and investment in substance abuse, domestic violence and mental health.

Q: Where is Hawaii’s social safety net for children strongest, and where is it weakest?

A: Family and ‘ohana are such core elements of our community. We are fortunate that so many of our families have multi-generational, interconnected webs of support. It truly does “take a village to raise a child” and children thrive when they have safe and supported families that can meet their needs.

However, many of our families are struggling. Some are isolated without close friends or family to help out. Others are facing health or employment challenges. Many families are dealing with the high cost of living and struggling to keep food on the table and pay the rent.

As a community we have an obligation to create that social support web for all our families; to fill gaps and ensure that our children have every opportunity to be safe, healthy and able to succeed in school.