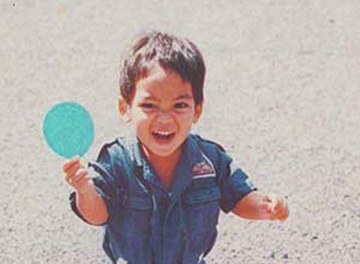 Nearly two decades have passed since 6-year-old Peter “Peter Boy” Kema was reported missing from his Hawaii island home. And at long last, some closure is near in the troubling case of child abuse and neglect.

Rather than stand trial this month in connection with his son’s death, Peter Kema Sr. has opted for a plea deal, accepting a charge of manslaughter. Prosecutors have said the boy likely died from septic shock from not getting medical care.

Much has changed since June 1997, when Peter Boy was last seen alive by his siblings: More protective laws are in place and child welfare agencies and advocates increasingly point to encouraging results tied to abuse prevention programs and efforts to engage families in crisis to heal together and forge lasting healthy relationships.

Among recently enacted federal legislation — signed into law by President Barack Obama in late December — is a measure that gives an added layer of protection to abused children on military bases. Sadly, Talia’s Law was prompted by a brutal case of child abuse at Oahu’s Wheeler Army Airfield.

In July 2005, when Talia Williams was 5 years old, her father punched her so hard that she fell backward, hit her head on a concrete floor and died at her family’s base home. During the emotional courtroom proceedings that followed, jurors heard about a pattern of beatings and the military’s inadequate internal- focused policy of dealing with cases of child abuse.

Under Talia’s Law, physicians, social workers, teachers and other professionals who serve military personnel and their families are now required also to report suspected cases of child abuse and neglect directly to state Child Protective Services or its equivalent agency. In Hawaii, it’s the Child Welfare Services Branch within the Department of Human Services.

“Horrendous and tragic cases such as Peter Boy and Talia Williams point out why more than ever we need to do more and a better job through prevention of child abuse,” said Karen Tan, chief program officer for Child & Family Service, a nonprofit that provides counseling and therapeutic services for families contending with poverty, abuse and neglect issues.

“Preventing child abuse before it ever occurs is the ideal solution in terms of protecting children and is also the least costly, both financially and socially to our society,” Tan said.

Hawaii’s state lawmakers have been weighing abuse-related bills that stress abuse prevention and beneficial intervention in crisis cases as well as alignment with federal legislation pertaining to sex trafficking.

>> Senate Bill 711 would initiate state funding for Family-Child Interaction Learning (FCIL) programs, such as Tutu and Me and Keiki Steps, which are currently funded with federal dollars and private donations.

In testimony supporting the bill, Hawaii Children’s Action Network (HCAN) said: “There are numerous, high-quality programs across our state that provide culturally relevant, multi-generational, parenting skills and child development programs for low-income, at-risk families. Currently, there is not an avenue for these programs to be supported by the state, which dramatically limits the number of families they can serve.” Statewide, FCIL programs serve more than 3,100 children, almost half of whom are under age three.

Struggles with parenting skills rank as the most common factor precipitating cases of child abuse, according to the most recent Hawaii Department of Human Services Databook.

The Hawaii Databook, which also breaks down victim counts by ethnic identification, notes that in nearly half of the 2015 cases (46 percent), the victims were Native Hawaiian or part-Hawaiian, underscoring a need to continue ongoing pushes conducted by child welfare agencies to address that community.

>> Senate Bill 469 designates funding for the state’s judiciary. The nonprofit HCAN is asking legislators to fold in money for continuation of a family court program that handles hearings and conferences for selected cases involving children from birth to age 3. “Zero to 3 Court” strives for safety and stability in homes with frequent monitoring of the child’s well-being and linking families to the early intervention.

Deborah Zysman, HCAN’s executive director, said, “This specialized court is often involved in child abuse/neglect, and we feel it’s important to continue to have folks with specialized skills and training” involved in such cases — rather than concentrating largely on imposing stiff penalties for offenders.

>> House Bill 930 would create and allot funding for an “Erin’s Law” task force to review policies and curricula for educating public schoolchildren about sexual abuse and sex trafficking prevention. Twenty-six states have passed a version of Erin’s Law, which was named after an Illinois girl — a childhood sexual assault survivor and activist.

In testimony, Parents And Children Together (PACT) said: “We support Erin’s Law because it recommends (age-appropriate) child sexual abuse prevention education should be taught in grades as early as pre-kindergarten through high school.” It also calls for training school staff and faculty about prevention and how to handle sexual abuse disclosures.

PACT is a nonprofit that assists families statewide with early education programs and prevention/intervention efforts targeting child abuse and domestic violence, among other services.

>> House Bill 1099 would bring the state into compliance with the federal Justice for Victims of Trafficking Act (2015) and the federal Child Abuse Prevention and Treatment Act (2010) by amending a definition of “child abuse or neglect” to include sex trafficking. It would also clarify that child abuse and neglect reports expunged in the state’s central registry may be retained by the Human Services Department for future “risk and safety” assessment.

Among this year’s federal priorities being tracked by advocates and agencies is proposed congressional re-authorization of the Maternal, Infant, and Early Childhood Home Visiting (MIECHV) program. Since 2010, it has supported high-risk families in all 50 states with home-visiting services geared to improve prenatal health, prevent child abuse and neglect, and promote school readiness.

Prevent Child Abuse America said: “Hawaii gets a lot of funding for our programs from this (program). We and others are mobilizing to try to preserve funds from the federal chopping block.”

Kayle M. Perez, the state’s Child Welfare Services Branch administrator, said the agency — along with others nationwide — gauges risk with an assessment tool known as the Differential Response System. In cases of low- and moderate-risk, the agency may connect a family with various social service programs.

In high-risk cases, a crisis response, which could result in a child being removed from a home, can be launched within two hours.

Much has changed since the late 1990s, when a photo of a smiling boy’s face, accompanied by the question, “So … Where’s Peter?” appeared on orange-and-black bumper stickers and signs in the islands.

In decades past, it was not uncommon for people in Hawaii and elsewhere to look the other way when a child had bruises, broken bones or a black eye from an apparent beating. Today, the argument that such matters are no one’s business except for the family involved, is no longer acceptable.

Recognizing and confronting child abuse when it surfaces is everyone’s business.

“We cannot do this alone,” Perez said. To most effectively address child abuse and neglect, Child Welfare Services needs involvement on the part of various communities, neighborhoods and families as well as other agencies and government. “It takes that whole village to really support children and families.”

In cases of suspected child abuse or neglect, an anonymous report can be submitted to the state Department of Human Services on the Child Abuse Hotline. On Oahu, 832-5300; and neighbor islands, 1-800-494-3991.

BE VIGILANT, BE PART OF SOLUTION TO SUPPORT CHILDREN & FAMILIES IN NEED

Initiated nine years ago by Prevent Child Abuse America, the annual displays aim to spur conversation about child abuse and neglect — a topic that can be uncomfortable to broach but, when frankly addressed, can yield lifesaving results.

The organizers of the Honolulu display — Prevent Child Abuse Hawaii, Child Abuse Planning Prevention Council and the state of Hawaii’s Department of Health — are asking passersby to think about and discuss three questions:

>> How can we prevent child abuse and neglect?

>> Why do you think child abuse and neglect happens?

>> What are traits of a healthy family?

Since 1983, April has been designated as national Child Abuse Prevention Month. In the islands, the annual observance aims to raise awareness with events ranging from sign-waving at busy downtown intersections to family story times held at public libraries and on military bases.

Prevent Child Abuse Hawaii’s executive director, Aileen Deese, said the nonprofit also works in tandem with the local military community and others on year-round programs such as a teddy bear drive, through which stuffed animals are collected for children in crisis.

“It is easier than you think to make an impact on children in your community,” Deese said. She suggests: mentoring by way of coaching a sports team or volunteering to help staff extracurricular school-related programs, and calling or writing to elected officials to express support for prevention services.

“When children and parents get the support and help they need, good things happen,” she said.