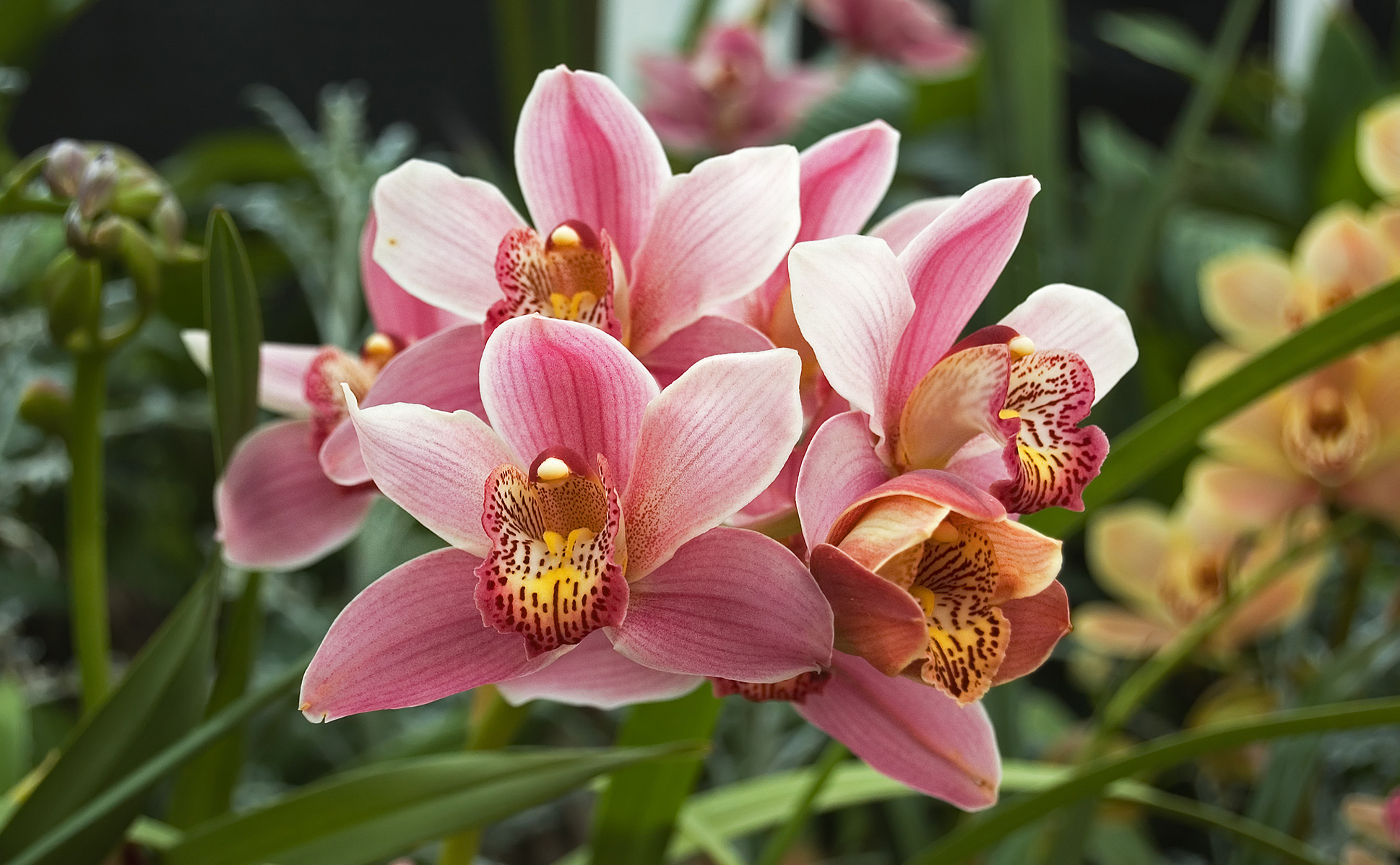 Cymbidium /sɪmˈbɪdiəm/,[1] or boat orchid, is a genus of 52 evergreen species in the orchid family Orchidaceae. The new Latin genus name is derived from the Latin cymba meaning boat. Its first known use was in 1815.[2]

This genus is distributed in tropical and subtropical Asia (such as northern India, China, Japan, Malaysia, the Philippines, and Borneo) and northern Australia. The larger flowered species from which the large flowered hybrids are derived grow at high altitudes.[3]

The species Cymbidium hookerianum is considered a delicacy in Bhutan where it is traditionally cooked in a spicy curry or stew and called "olatshe" or "olachoto".[4][5][6] It is sometimes confused with Cyclanthera pedata, another local delicacy (the nomenclature has not been clearly established; there are indications that "olatshe" usually refers to Cymb. and "olachoto" to Cycl., although not consistently).

Cymbidium plants are sympodial and grow to a height of 60 cm and the racemes as high as 90 cm. The raceme grows from the base of the most recent pseudobulb. Each flower can have a diameter of 5 to 10 cm, according to the species. They bloom during the winter, and each plant can have up to fifteen or more flowers. The fantastic range of colors for this genusinclude white, green, yellowish-green, cream, yellow, brown, pink, and red [and orange] and black (and there may be markings of other color shades at the same time), but not blue. The flowers last about ten weeks. They have a waxy texture. The rounded sepals and petals have about the same dimensions.

There are fragrant varieties as well, notably the Chinese cymbidiums. They have been cultivated for thousands of years, especially in China. Cymbidiums became popular in Europe during the Victorian era. One feature that makes the plant so popular is the fact that it can survive during cold temperatures (as low as 7˚ C or 45˚ F) [Actually they will survive at temperatures below 32˚F for short periods and even as low as 28˚F].