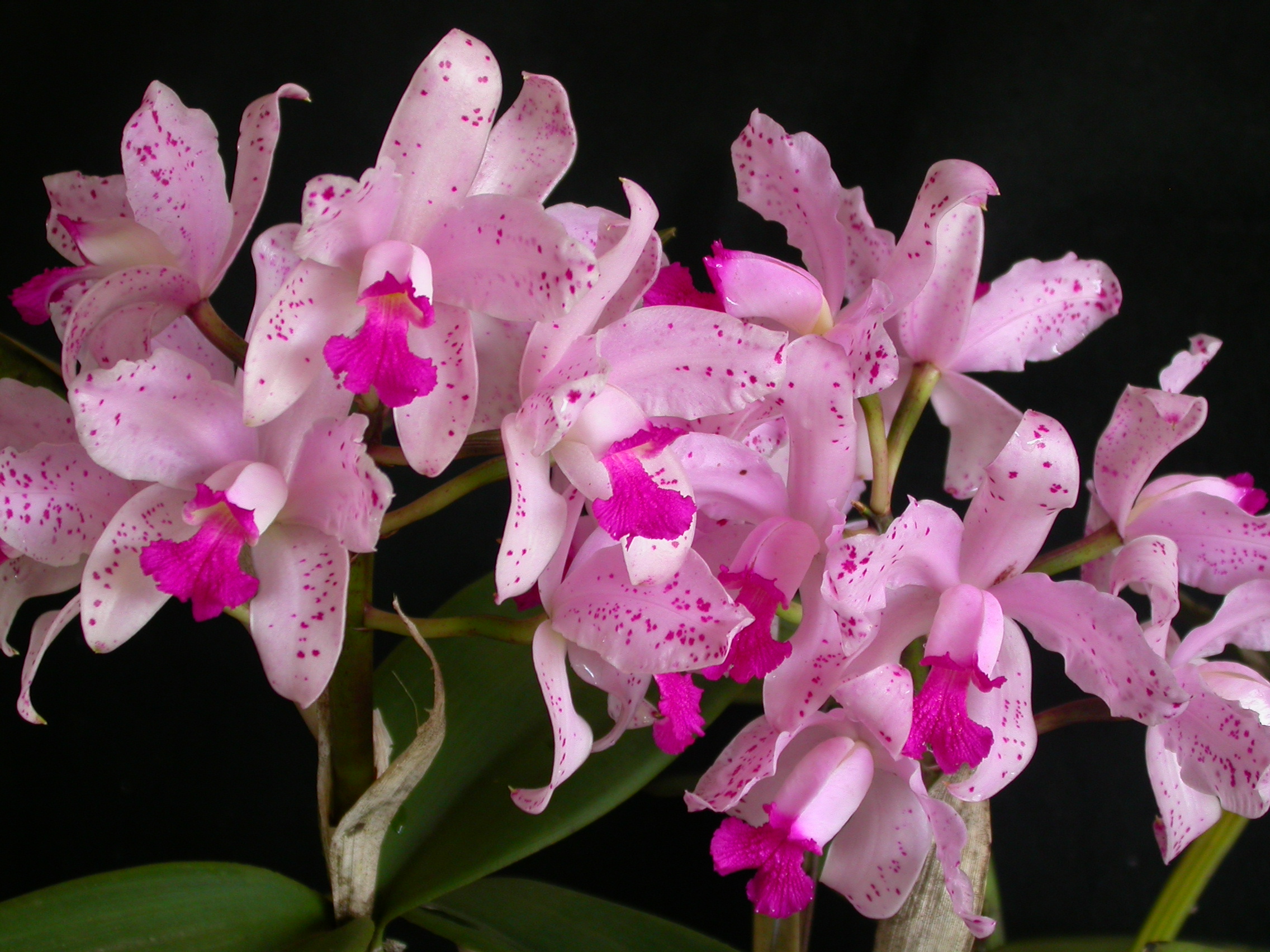 Cattleya /ˈkætliːə/[2] is a genus of 113 species of orchids from Costa Rica and the Lesser Antilles south to Argentina.[1] The genus was named in 1824 by John Lindley after William Cattley[3] who received and was the first to bloom a specimen ofCattleya labiata. William Swainson had discovered the new plant in Pernambuco, Brazil, in 1817 and shipped to the Glasgow Botanic Gardens for identification. Swainson requested that a few plants be later sent to Cattley, who was able to bloom one a full year before the plants in Glasgow. It would be another 70 years before they would be rediscovered in the wild because of a mixup in the assumed location of the plants. The genus is abbreviated C in trade journals.

They are widely known for their large, showy flowers, and were used extensively in hybridization for the cut-flower trade until the 1980s when pot plants became more popular. The flowers of the hybrids can vary in size from 5 cm to 15 cm or more. They occur in all colors except true blue and black.

The typical flower has three rather narrow sepals and three usually broader petals: two petals are similar to each other, and the third is the quite different conspicuous lip, featuring various markings and specks and an often frilly margin. At the base, the margins are folded into a tube. Each flower stalk originates from a pseudobulb. The number of flowers varies; it can be just one or two, or sometimes up to ten.