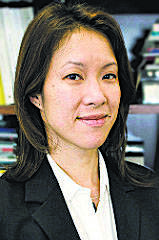 Hawaii is stagnating in its care for children, especially in education and economic well-being, according to this year’s annual Kids Count Data Book report by the Annie E. Casey Foundation.

The report, released today, ranked Hawaii 24th in the country for the overall well-being of children for the second straight year, and a closer look shows that Hawaii has made minimal improvements, if any, in key areas.

“That improvement has not kept pace, and other states have had greater improvements,” said Ivette Rodriguez Stern, junior specialist in program development at the University of Hawaii’s Center on the Family.

The problem is that preschools and other child care services in Hawaii have not grown, while the number of children who need those services has.

“The number of seats for kids 3 and 4 years old has remained the same, but the number of children in that age range has gone up,” said Deborah Zysman, executive director of Hawaii Children’s Action Network. “So we’re not keeping up.”

Zysman said much of the country is doing more than Hawaii for younger children.

“We have many other states across the nation that have had much more rapid expansion of public preschool and comprehensive quality child care than Hawaii has,” she said. “We have been growing, but at a much slower pace.”

Zysman said that having kids in school at that age is important because it takes advantage of a crucial developmental stage in their lives, which has a lasting effect throughout their education.

“We still see rather alarming numbers of kids who are getting to kindergarten, and kindergarten teachers noting that they’re not really ready,” she said. “By the end of kindergarten, they really want children to be reading. So, that means if they’re entering kindergarten not really knowing their ABCs, they’re behind already.”

She said there are a number of reasons why kids don’t participate in preschool or other child care services, including there not being any of those services in the community, and even if they are available, they are expensive.

Those households allocate more than 30% of their income on housing and are considered “cost burdened” by the U.S. Department of Housing and Urban Development, which means they might find it difficult to afford other basic needs like food, health care and educational programs such as preschool and summer programs.

Nicole Woo, senior policy analyst at Hawaii Appleseed, said that during summer, kids who can’t afford to attend summer programs, such as summer school or camps, suffer from “summer slide,” in which they lose more learned information from the school year than kids who can afford those programs.

“Low-income kids tend to fall behind higher-income kids in the summer, in terms of math and reading,” she said. “And the effect of summer slide is cumulative, so it gets worse and worse the older they get.”

Compounding the high housing costs and overall costs of living are the low wages in Hawaii.

“When you look at the absolute dollar amount, we look like we’re doing pretty well, but if you adjust for our cost of living, we end up having the lowest average wage in the nation,” Woo said.

Hawaii was close in this year’s Legislative session to increasing the minimum wage to $15 per hour from $10.10 for employers who don’t provide health coverage and $12.50 for those who do, but that measure died near the end of the session.